REFIMEVE+, a PIA 1-funded project launched in 2012 and extended until 2024 (19 research laboratories in France).
The REFIMEVE+ “REseau Fibré MEtrologique à Vocation Européenne+” project is based on a world scientific first, the long-distance transfer of an ultra-stable optical frequency over an Internet network without disrupting traffic.

Its objective is to distribute an ultra-stable optical frequency reference synthesised at the SYRTE laboratory of the Paris Observatory to 19 French research laboratories without deteriorating the exceptional performance of this reference. The distribution is based on the RENATER internet network, using multiplexing-demultiplexing methods on which data traffic and the ultra-stable 1542.14 nm signal coexist.

Currently, metrology laboratories around the world suffer from a lack of information to characterise their clocks. Indeed, while until recently satellite comparison techniques using GPS atomic clocks made it possible to compare clocks with each other (and thus to calibrate the stability of one’s own clock), these frequency comparisons come up against the limitations of this same GPS.

These optical links have also been developed in other countries which mainly use dedicated fibres to connect large laboratories or metrology institutes.

This project is led by the Laboratory of Laser Physics and co-sponsored by SYRTE, which is one of the 32 projects classified A+.

The objective of T-REFIMEVE is to make a more complete set of time-frequency service signals available to over 30 laboratories in the scientific community. T-REFIMEVE, a PIA 3 funded project launched in June 2021, end of project in June 2029 (30 research laboratories in France with a wider community than REFIMEVE+). 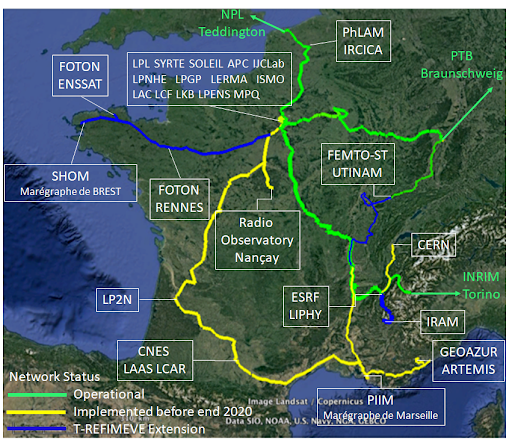 CLONETS intends to create a European infrastructure to provide a pan-European time and frequency reference system for the European scientific community. 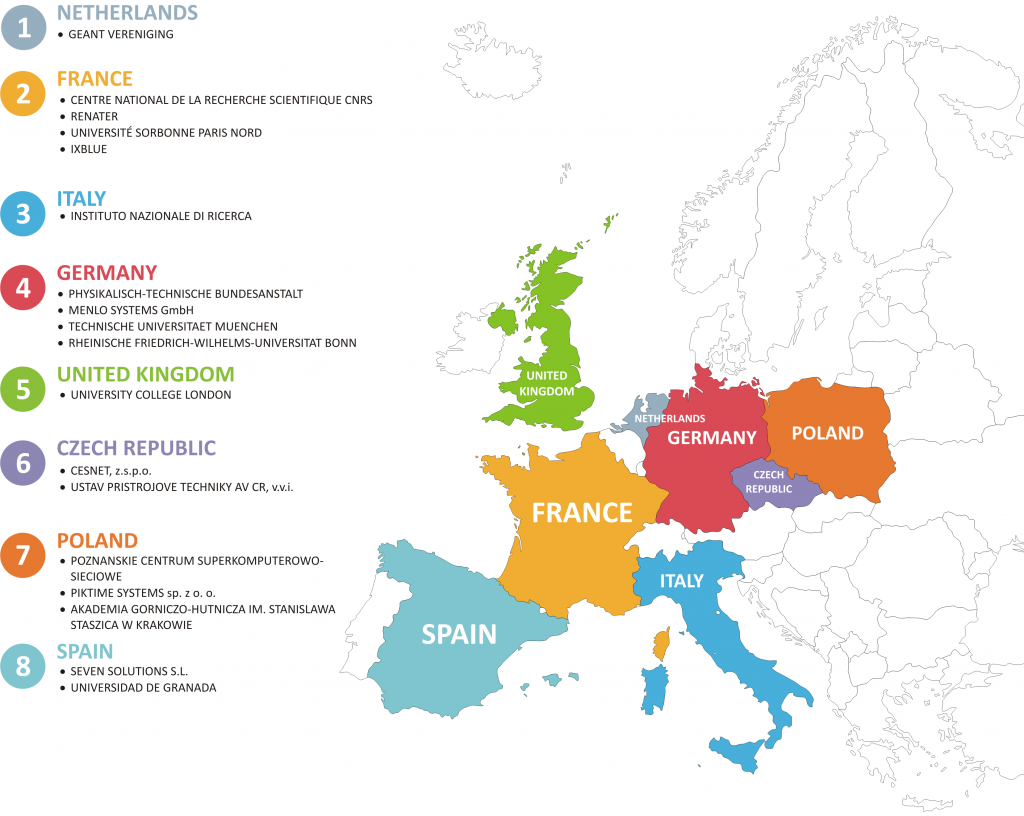